Venterspruit Steel Bridge which was built in 1910, was severely vandalised in early 2014.

The bridge is located in the Bergville (Kwa Zulu Natal) area, which provided access to school children as well as major commercial farmers. Due to theft of the steel trusses, which was being sold as scrap metal, the structural integrity of the bridge was severely compromised.

As a result this structure posed a great danger to the community, hence the Department of transport had to take immediate action by off closing access to the structure.

Construction works involved removal of the vandalised deck which was replaced with a similar but more structurally sound deck.

The columns and abutments were left intact as the historic appearance of the structure had to be maintained (Abutments and columns were cast in a solid dolerite blue stone).

SOUTH AFRICA FACES MAJOR ISSUES OF VANDALISIM WITH REGARDS TO GOVERNMENT INFRASTRUCTURE. THIS INCIDENT HAS BEEN REPORTED TO THE POLICE AND A CASE HAS SINCE BEEN OPENED. 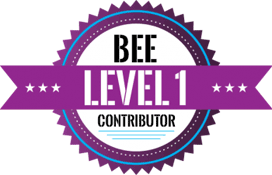